How To Evaluate Taking Out a Personal loan

SoFi’s Loan Losses Pile Up as Even Wealthy Borrowers Default

Social Finance Inc.’s online borrowers are defaulting at higher rates than underwriters for one of its bond deals had expected, the latest sign that an industry that hoped to upend banking is now getting tripped up by bad loans.

Losses on the company’s personal loans were high enough to breach key levels known as “triggers” last month on a bond deal issued in 2015 and backed by the loans, according to analysts at Morgan Stanley. If defaults keep rising, investors in bonds could end up missing out on expected interest payments.

Other online lenders have had similar trouble with defaults and triggers recently, which has broadly made it more expensive for the startups to fund their businesses. One pioneer in the business, CircleBack Lending Inc., stopped making new loans as growing numbers of its borrowers defaulted. An opening panel at an industry conference in New York last week was dedicated to “crisis communications.”

SoFi is a vocal proponent of the potential for online lending to change consumer lending in the U.S. Mike Cagney, founder and chief executive officer, said that his goal is to “kill banks.” The company started out refinancing student loans from graduates of top universities, and expanded into providing a broader range of services and products, from wealth management to insurance to mortgages, in some cases with partners.

Like other online lenders, SoFi hoped to link up investors looking to fund loans with consumers and others looking to borrow, performing a traditional banking function with more technology. Those aims have been tested across the industry as losses creep higher during a time when unemployment is relatively low, which typically translates to low consumer defaults.

For SoFi, the loans backing these bonds averaged more than $35,000, according to Kroll Bond Rating Agency, mature in as long as seven years, and don’t have any collateral, meaning defaults can result in relatively high losses for lenders. The borrowers had annual salaries averaging around $130,000, and most were prime credits. SoFi bundled these personal debts into bonds that it sold in 2015, and got credit ratings from Kroll for the notes last year. Credit Suisse Group AG was lead underwriter for the bonds.

Laurel Toney, a SoFi spokeswoman, said the structure is broadly performing as the company expected and all investors in that bond remain active participants in the company’s securitization program. Candice Sun, a spokeswoman for Credit Suisse, declined to comment on the securities.

If losses keep rising fast enough, loans backing the bonds may divert their cash flow toward paying back investors early, instead of continuing to pay interest, with fund managers holding the safest bonds getting repaid first. That switch to faster repayment, known as “early amortization,” often translates to lost interest income for investors. If loan losses are high enough, they could lose principal as well.

Credit issues at Prosper Marketplace Inc. resulted in staff cuts at that company, and were largely the result of lending too much, too fast, and a “grow at all cost” attitude fueled by insatiable demand from investors, Prosper CEO David Kimball said at the New York conference last week. Some of these same investors appear to be reexamining their investments.

Ellington Financial, for example, recently stopped buying Internet-made loans from LoanDepot amid weak performance. “There was a rush to grow,” an executive at LoanDepot Inc. said in an interview with Bloomberg in November.

Non-bank startups arranged more than $36 billion of loans in 2015, mainly for consumers, up from $11 billion the year before, according to a report from KPMG.

The industry’s best days in lending are probably over, said Jeffrey Meiler, CEO and founder of Marlette Funding, an online lending startup. He said that the industry is bracing for steeper competition ahead from newer entrants and from credit-card companies. Goldman Sachs and the private equity firm Lone Star Funds recently said they intend to start ramping up this kind of lending. 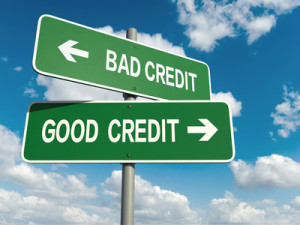 Different Credit Scores and their Importance for Loans